The mining industry has enjoyed a relatively stable year, but concern about the industry’s sustainability track record continues, among both investors and consumers. Overall investor returns for the industry over the past 15 years have been consistently poor as a result.

The mining industry faces a number of areas of acute concern, with global demand for minerals likely to shift in the face of changing political economic and environmental conditions. The past decade has been uncertain for the industry, which became overleveraged as commodity prices tumbled. Investors have become increasingly critical, with large players shifting out of dirty industries, like coal, while punishing industries that significantly overinvested prior to a commodity crash, such as gold.

These conditions may see whole industries fall out of favour, while demand for others grows quickly. To better understand current conditions and the pressures which will soon hit the sector, PwC has released its ‘Mine 2019’ report into the industry, based on data from the top 40 mining companies globally. 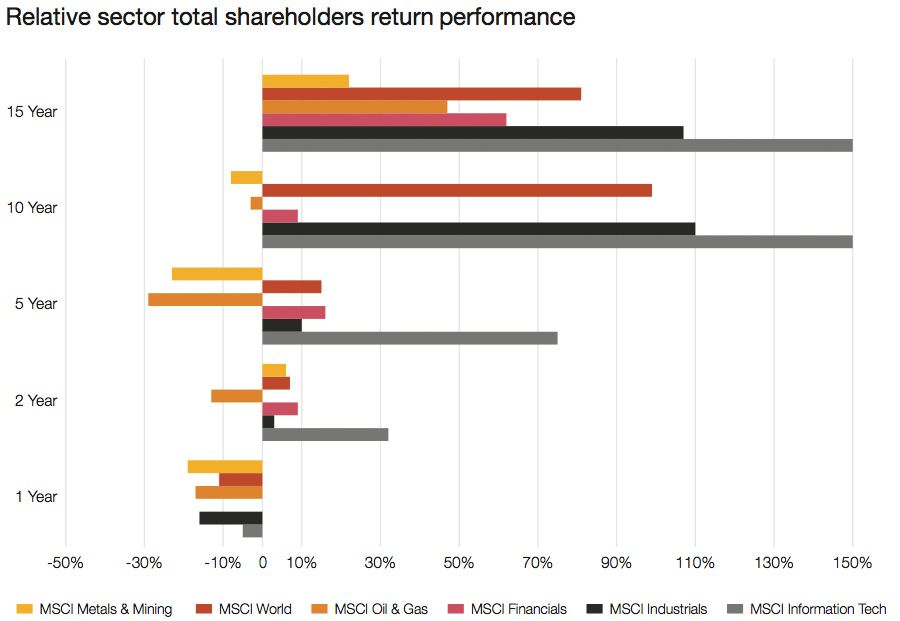 The mining industry has seen revenue increase sharply over the past two years, although still below levels seen midway through the decade. Revenue is up from around $500 billion in 2015-16 to close to $700 million each for the past two years. Capital expenditure remains low, following the boom years midway through the decade, while dividends are up slightly. EBITDA has increased sharply as the segment’s finances improved and pressures eased.

However, relative to the wider market, mining has only seen modest growth over the past two years. At the same time, over the past 15 years, the total market capitalisation of the mining industry has remained almost flat.

Overall shareholder returns for the industry is well below that of the MSCI World index, at 25% and 86% respectively. MSCI Industrials and Information technology, over a 15-year period, saw returns in excess of 110% and 150% respectively. In the past year, the sector’s return was also the most negative of all segments, at around -20%, compared to -10% for the MSCI World Index total. 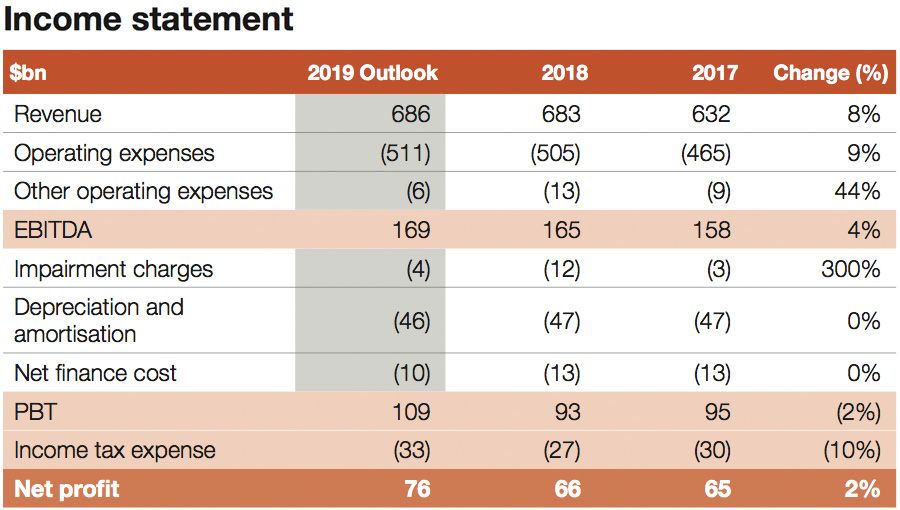 In terms of performance, the firm notes a strong jump in revenue between 2017 and 2018, up from $632 billion to $683 billion, although going forward revenue growth for 2019 looks to be relatively stagnant at $686 billion. The flatness reflects increased iron ore production balanced by lower copper prices and weaker coal prices.

According to PwC’s analysts, mining companies can expect an increase in operating expenses reflective of increased inflationary pressure. While revenue is set to be relatively stable over 2019 compared to 2018, though, net profit is expected to see a relatively large increase on 2018, up from $66 billion to $76 billion.

In terms of commodity prices, the analysis shows a relatively mixed-bag – with prices rising to a peak midway through 2018, before wider market instability saw prices fall to close to the January 2017 index level. The first quarter of 2019 has seen price rises, particularly for iron ore, which surpassed the base index, while nickel too has seen a sharp upswing in price. Coal has seen its relative price fall without a recent upsurge, while gold remains stable. 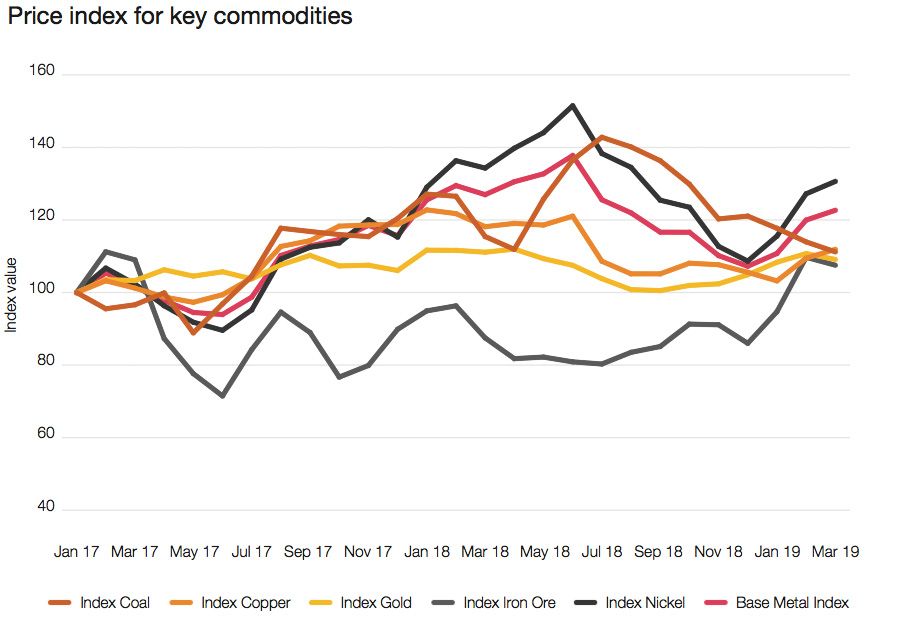 Digitalisation is one method through which the industry believes it can secure its future. However, even the untapped potential of automation cannot ultimately offset the effects of industry moving away from fossil fuels – something essential to prevent the worst ravages of a global climate catastrophe. Coal will need to be phased out to meet global climate targets, while other metals bring considerable risks in their acquisition – with poor company track records for safety and environmental care continuing to create negative externalities.

As such, the report concludes that, “In spite of the strong operating performance, both investors and consumers seem to be down on the brand of mining. They question whether the industry can responsibly create sustainable value for all stakeholders. Discrete events, such as safety or environmental incidents, have contributed to these challenges.”