Re-localising the extraction of mineral resources: the challenges of lithium in Europe – MINEX Forum

(MENAFN – The Conversation) Among the challenges that await Europe and France in ‘the world to come’ is the re-localisation of our supply of essential mineral ores. The fact is that France imports almost 100% of its metals and a significant proportion of the strategic minerals that its industry uses.

In addition to greater strategic independence, re-localisation would also improve the country’s carbon budget and the economic balance of its productive sectors. With the ongoing climate crisis, importing raw materials from the other side of the world is not a sustainable solution given its high CO2 emissions.

Metals such as nickel, copper, cobalt, lithium and rare earth elements are used in the batteries of our computers, tablets and smartphones, but above all in those used in electric vehicles. Economists agree that there will most likely be a strong increase in the number of electric vehicles in the coming years.

Up to now the potential value of France’s mineral resources has been largely underestimated . Indeed, the country has significant resources of industrial minerals as well as metals such as tungsten, antimony, gold, lead, zinc, germanium, copper, lithium and molybdenum.

Lithium is a textbook example. Despite having France’s having substantial resources and growing needs, we continue to import massive quantities of metals from the other side of the world while ignoring those that lie under our feet – today, lithium is primarily extracted in Australia and Chile and refined in China. Yet the raw materials needed for the energy and digital transition are actually right under our feet.

The main lithium resources in Europe are located in Serbia (Jadar deposit), Portugal, Spain, Finland and Austria. In France, they can be found in the Massif Central (Beauvoir and Montebras granites, etc.) and the Armorican Massif.

The French subsurface has extensive lithium resourcesLithium-bearing mineral resources are distributed unequally and in several geological formations in France and Europe . There are different lithium concentrations in rocks such as rare metal granites, pegmatites and clay minerals. However, these resources have hardly been exploited and developed to date. 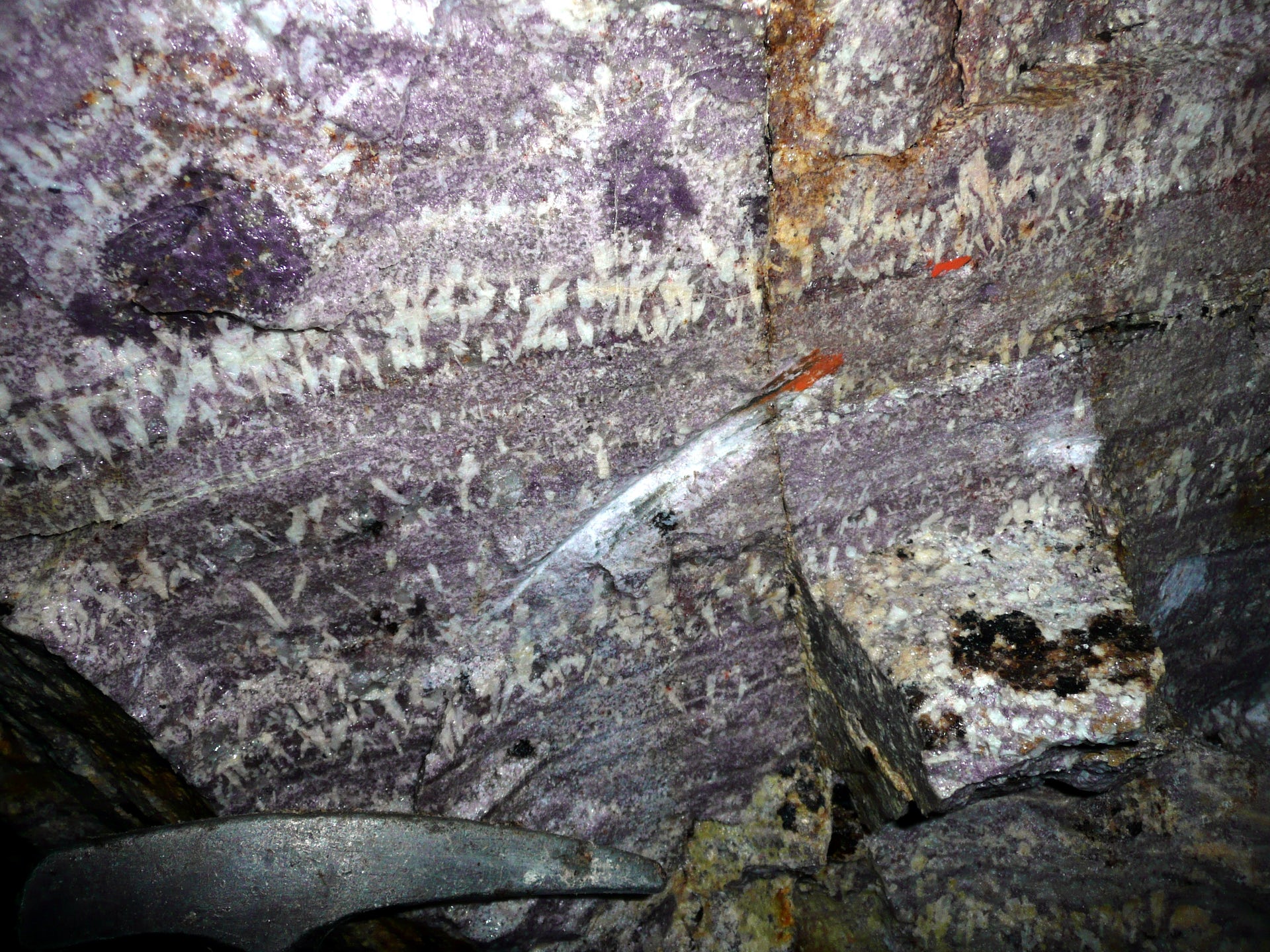 An example of lithium-rich rock called pegmatite, with a characteristic purple colour and which is composed of lithiniferous micas, feldspar and quartz. Chédeville (Haute-Vienne). The pick of a geologist’s hammer indicates the scale. E. Gloaguen (BRGM), CC BY-NC-SAIn 2018, BRGM completed an inventory of lithium resources in mainland France that revealed deposits with a definite potential for recovery. The advantages of these deposits are that they include lithium along with industrial rocks and minerals such as feldspars, quartz, kaolin or with metals such as tin, tantalum or tungsten. Were these resources developed, France could be self-sufficient for lithium with a potential production of more than 200,000 tonnes of lithium metal.

Like most of its European neighbours, France currently imports large quantities of the metals needed for its industry. This offshoring of mining sectors allows us to conceal the conditions under which these substances are extracted. If conducted without the necessary standards and controls, this activity can cause environmental damage, including unregulated discharges of waste, and generally do not guarantee workers the necessary standard measures for their protection. It also pose problems in terms of sharing and having access to water in arid regions, for example in the salt flats of South America.

One of the most striking examples is the one illustrated in Guillaume Pitron’s book, La guerre des métaux rares : La face cachée de la transition énergétique et numérique (The Rare Metals War: The Dark Side of Energy Transition and Digitalisation). The author highlights the social, health and safety conditions of mines in Asia that extract rare-earth elements, and also their devastating environmental impacts, in particular the pollution of soil and groundwater.

The technological challenges of re-localisationWhen considering the re-localisation of this sector to France, the first issue is scientific. Our researchers (geologists, geochemists, economic geologists) are working to develop innovative methods to better understand how these resources are formed, both for more efficient exploitation and to discover deposits as close as possible to the centres of consumption to reduce the environmental impact.

We will also need to be able to develop methods that can be used all over France, for extracting mineral resources that are adapted to our geology. Lithium resources are diverse, varied and heterogeneously distributed in our subsurface, not all the industrial processes for extracting lithium from the various geological reserves are currently operational. This is due either to technological reasons, or because they are not cost-effective .

Beauvoir rare metals granite in the Allier department, currently being mined for kaolin (2012). J. MelletonThe energy transition therefore requires innovative research and development for the extraction of these mineral resources, both to make existing processes less harmful from an environmental point of view and to develop new methods. This research activity through collaboration with the academic and university world could leverage growth for the whole sector in France.

A sector encouraged by EuropeAt a European level, the EU is working to promote the lithium industry by funding research projects with the European Institute of Innovation and Technology, Raw Materials section , within projects such as the H2020 GeoERA FRAME on European critical metals and through the European Lithium Institute , of which BRGM is one of the founding members.

In the coming months and years, numerous projects for the manufacture of battery factories (‘gigafactories’) could also appear in Europe. The short-term objective would be to build an economically strong European sector: a kind of ‘Airbus of batteries’ . In this context, there is no doubt that lithium supply sources will need to be diversified to meet growing demand. 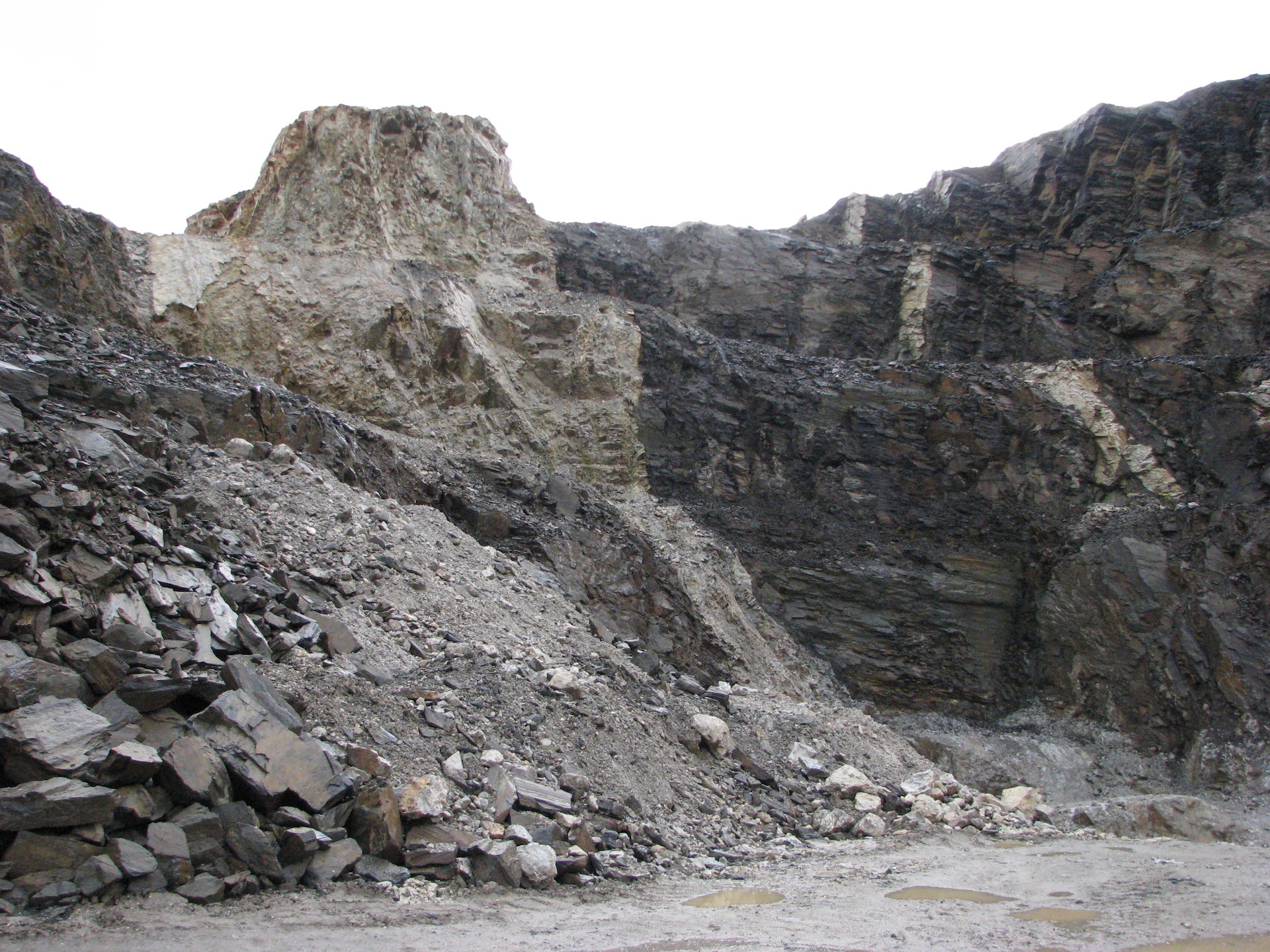 Spodumene-bearing pegmatite, at Mina Alberto, Spain (2010). J. MelletonOne interesting possibility is the extraction of mineral substances contained in hot aquifers called geothermal waters , located in the Rhine Graben on the German-French border. These mineral-rich thermal waters are currently being exploited for the production of electricity and heat. They are very often rich in lithium and other metals due to the interactions and exchanges between water and rock that occur deep within the Earth.

If exploited, they would be a win-win valorisation of the energy resources of our subsurface: the geothermal water is pumped up to produce electricity (the steam is used to drive turbines), but can also produce heat (heat exchanger) and before being reinjected, the mineral substances will be extracted from this brine .

For European stakeholders, the challenges of the coming years will be to learn how to produce lithium locally and sustainably from different geological sources, including respecting local environmental and social issues. This diversification is essential, and must also not overshadow the need to increase our recycling capacity so as to preserve our resources.